GMEC Motorcycles will remain open during the national lockdown for MOTs and Workshop appointments only. Please give us a call or send us a message to make an appointment or should we be able help with providing shop goods - i.e Oils, Filters, Spark plugs, Brake pads, Batteries etc.

GMEC MOTORCYCLES IS OPEN AS USUAL WITH SAFETY MEASURES IN PLACE.

THE COFFEE HOUSE AND BAR WILL REMAIN CLOSED DUE TO COVID-19 AND THE RESTRICTIONS SET OUT BY THE GOVERNMENT. 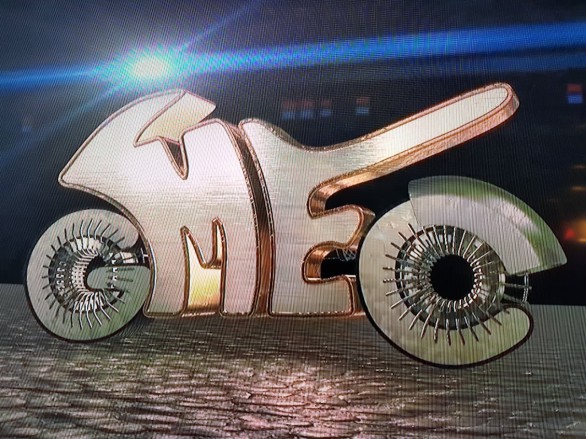 ON THE A64, AT THE BOTTOM OF STAXTON HILL NEAR THE TRAFFIC LIGHTS, SEE YOU THERE!! 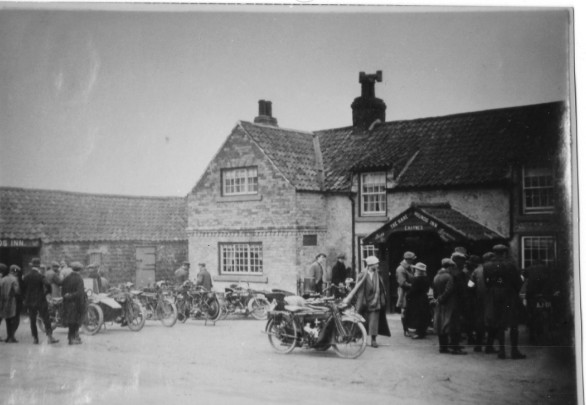 One of the OLDEST ORIGINAL biker destinations in the UK!

when the Former Hare and Hounds was run by the Haynes family.

The building has now gone full circle - and thankfully still stands as it did then - with the exception of the outbuildings which were shortened in the 1950's to facilitate a car park!

It was also home of the Staxton Hill Climb, with the original start line been just at the end of the car park. The last one was run in 1930, before the location was moved.

THE CORONAVIRUS HAS HAD A HUGE IMPACT FOR EVERYONE IN MANY WAYS - HOWEVER -  REMAINING POSITIVE, WE HAVE LISTED OUR CHANGES FOR 2021

AND ALL WILL TAKE EFFECT WHEN SAFE TO DO SO! STAY SAFE AND SEE YOU SOON - HOPEFULLY!

2021 WILL SEE SOME BIG CHANGES AT GMEC! FIRSTLY, THE GMEC SHOP  HAS BEEN MOVED INTO THE  BUILDING NEXT DOOR. WE WILL STILL BE SELLING AND STOCKING OILS, FILTERS, BRAKE PADS, BATTERIES, BEARINGS, ETC, OF WHICH WE HAVE LARGE STOCKS. THE BIG NEWS IS - AFTER 2 YEARS OF CLOSURE, WE HAVE RE-OPENED OUR WORKSHOP FACILITY! SERVICING AND ROUTINE WORK WILL BE CARRIED OUT AND WE HAVE ALSO RE-OPENED OUR TYRE SUPPLY AND FITTING SERVICE!!

A GREAT PICTURE SHOWING GMEC, AND THE MAIN BUILDING, WHICH WILL BE RETURNING SERVING TEA, COFFEE AND CAKE WHEN WE ARE ABLE TO DO SO.

A GREAT PLACE TO VISIT!!

We are currently investigating other connections and history in relation to this bike.

Middle: Lynda Smith in 1979 stood at the side of her husband Bob astride the Bike in its original state.

We don't think she has changed much either!

GMEC MERCHANDISE IS BACK FOR 2021. SOME GREAT NEW PRODUCTS NOW AVAILABLE. FULL LISTING ON OUR SHOP PAGE!

ABOVE: THE OLD SHOP AS IT WAS IN THE FORMER HARE AND HOUNDS BUILDING.

We have now called time on the Wednesday Bike nights!

Who still remembers the Great Gmec Bake Off - a great fun charity event!

We was one of, only a very few venues to run consecutive bike nights for 2 yrs straight - through ice, snow, fires, electrical failures, bereavements and other major issues our then great team battled through - but still we had some huge amounts of fun. I am sure the Christmas party bike nights will be a lasting memory!

In recent times though, things have changed. Bike nights

have become more expensive to hold, due to rising staff and overhead costs. In addition to this, we would like to dedicate more time to other projects - and as much as we love to see everyone, we are just unable to do it all.

However, in 2021, we shall be holding special events instead, the dates and details of these are to be confirmed, but we will post these as soon as they become available.

Again, we would like to thank everyone who has ever attended one of our nights - and who knows what the future holds!

GMEC Motorcycles, is located on the A64  in Staxton, Scarborough!

With excellent FREE off road parking and ease of access, why not pay us a visit.

MOT due - look no further - all motorcycles, including sidecars tested.

FREE complimentary drink while you wait.

Come and put your feet up, have a brew, read a mag, and relax!!

GMEC WILL BE CLOSED FROM Friday 17th December 2021 until Tuesday 4th January 2022 for the Christmas period.

Then back to normal opening hours

MOTs and workshop work are still carried out via appointment.
Stay safe everyone.

GMEC Motorcycles MOTs and Shop only - now located in the MOT bay to the side of the main building.